Join us for a week of jazz and fun by the idyllic south coast of Norway!
31. July – 7. August

(Please note that we have changed the application deadline to 1. July)

–––
Elin Rosseland holds a diverse repertoire as a musician and pursued her career as a singer and composer from the early 80s onwards.

Instigated by her long experience with the National Broadcasting Channel's girls' choir (NRK), she went on to study at the Norwegian Academy of music in 1984.

Rosseland started her own band "Fair Play" in 1982-1991 and has since played with various bands and musicians. Amongst these are the Danish Radio Big Band, Arild Andersen, Hanna Paulsberg, Christian Wallumrød, Sidsel Endresen, Johannes Eick, Torgrim Sollid and Jørn Øien.

Thanks to Knut, who puts his time and effort into making this course happen… year after year! Oh, and he's also an amazing guitarist. Join the group, and you'll see what we're all hyping about!

Jazz Impro Norway is a place to meet new, like-minded people, form lasting friendships, collaborate with other aspiring musicians, start bands, and have revelationary lessons with great musicians. Most importantly it's a whole week by the idyllic Norwegian south coast of epic fun!

From touring with Donna Summer and performing with Luciano Pavarotti, to Jazz with Crazy Energy and Erik Smith, Norwegian bassist Frode Berg seems to have done it all....

What an opportunity to teach from the best!
Can’t wait to see you this summer🌟🌟

Frode has had a varied career as a musician within classical music, jazz, theatre music and on tour with big international artists, such as Donna Summer. He has been working in the Oslo Philharmonic Orchestra since 2010.

− The greatest pleasure in being a musician must be the feeling you get those times everything comes together between the musicians, at the same time that one succeeds in building a bridge to the audience, so that everyone in the room feels that they are part of something uniquely special. A moment which just happens there and then, which we all share. That can sometimes be a very intense experience.

− Take a chance on something you don’t know what is

The double bass player has been able to relive the music which so strongly inspired him in his youth:

− The first time I played Shostakovich’s Fifth symphony was a highlight for me, a few years before getting a permanent position in the orchestra.

− Take a chance on something you don’t know what is, and come with an open, curious and listening heart. The worst thing that can happen is that the music isn’t for you, but the positive repercussions may be endless. It may be an opening to a new universe you wouldn't know existed if you only followed what you know and#jazz.#jazzmusico#summercoursec#summeru#norways#campe#course##musicianz#norways#norwaynatures#experiencea#bassm#bassplayerm#newyork#norway #norwaynature #experience #bass #bassplayer #newyork ... Vis merVis mindre 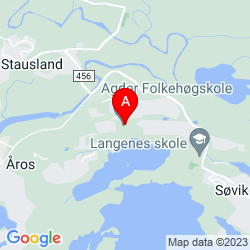